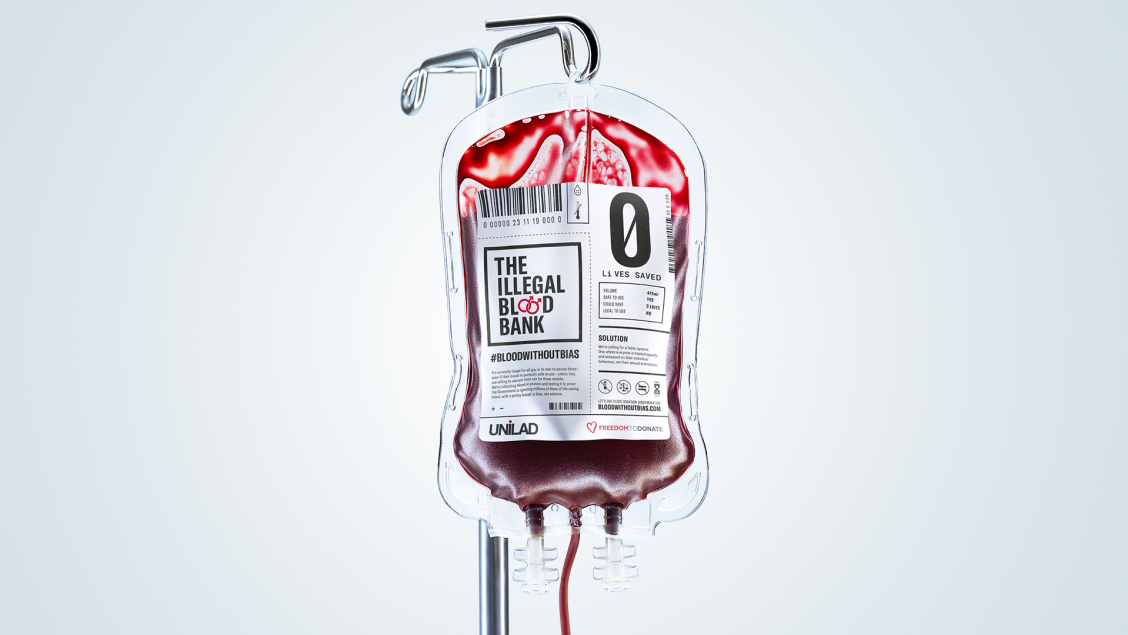 We wanted to raise mass awareness of the UK policy that currently restricts gay and bi men from donating blood unless they abstain from sex for 3 months – even if their blood is safe to use. We worked with FreedomToDonate, a pressure group who had been campaigning to change the law, but had struggled drive considerable support outside of the LGBTQ+ community. Armed with the insight that over the past 5 years, blood donations from men have fallen by 25%, we wanted to start a movement and drive action by providing a space for people to protest against this.

We launched a social campaign on UNILAD, our online platform reaching over forty-five million users on Facebook alone – an audience who we know through social listening, are passionate about the topic of inclusivity. We created a dedicated Blood Without Bias hub on UNILAD.com which housed a wealth of content providing information and a variety of perspectives on the issue. This was then further boosted across UNILAD social channels.

It was important to show that safe blood was going to waste in the UK, so we recruited gay and bi donors to sign up to donate blood at The Illegal Blood Bank. We also rallied a wider community of gay and bisexual men to ‘pledge a pint’ on UNILAD.com in protest, showing the amount of pints available if the policy were to change. Finally we promoted a change.org petition allowing anyone, regardless of sexual orientation, to show their support for the campaign.

The Illegal Blood Bank was a legitimate medical facility. It was important for us to propose a potential solution to the current UK policy so we requested donors fill out a new questionnaire before donating, one that assessed risk based on individual sexual behaviour, NOT sexual orientation alone. The real pints of blood collected on the day were all tested to the same standards as the NHS.  All pints collected were confirmed to be 100% safe to use.

In order to drive home the message that the blood collected was perfectly safe and going to waste, we took it to Westminster on the day MPs returned to parliament after the general election and displayed it in out-of-home installations.  The stunt and reaction from the public was captured on Instagram Stories.

Our campaign prompted a response from the Department of Health. They explained that they will be investigating whether an individualised risk assessment questionnaire could be viable and will be publishing the outcome later in the year.

On 14th June 2021, the UK implemented a new blood donation policy allowing gay and bi men to donate blood without having to abstain from having sex for three months. 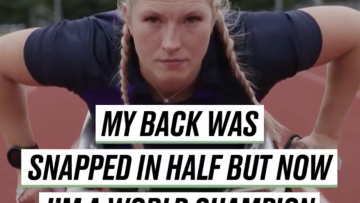 We developed a campaign to showcase the untold stories of the athletes behind the Commonwealth Games 22. 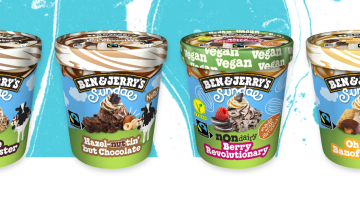 We partnered with Ben and Jerry's to tackle the Sunday scaries. 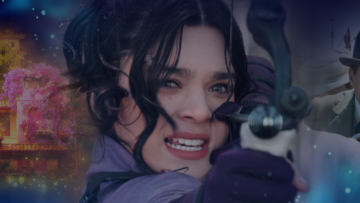 With Disney +, we brought to life a campaign to show that it is a platform for everyone, not just for kids.