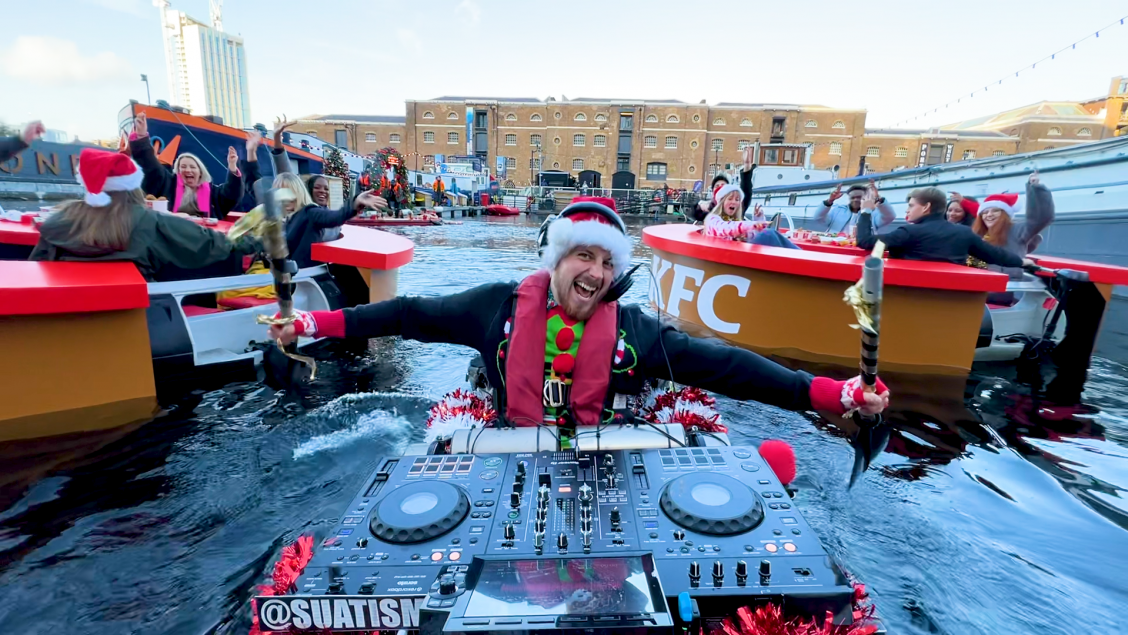 Leading social publisher, LADbible Group have celebrated KFC’s most famous condiment this festive season with a special ‘Gravy Boat Party.’ DJ SUAT, who is known for ‘bringing the rave to the public’ via his roving DJ set and livestreams, hosted KFC superfans down in Canary Wharf’s West India Quay docks. As well as playing the festive and party tunes, SUAT also invited members of the public down to join the gravy boat party if they could match the good vibes he and KFC were bringing.

KFC shifts around 1.7 million pots of gravy per week in the run up to Christmas day, and LADbible Group’s in-house creative team Joyride wanted to reward KFC superfans with a special party where the Gravy was the star of the show.

The party was produced by LADbible Group’s in-house production team, LADstudios, and was shared across LADbible’s Facebook, Instagram feed, reels and stories. So far the content has been seen by 4.3 million.

The party formed part of LADbible Group and KFC’s annual partnership, which has so far also included a specially created format called Hot Wheels, featuring rapper D Double E for Zinger Popcorn and most recently the KFC Gravy Card – a black card for gravy that enabled one special fan to win a year’s supply of gravy that was picked up by national press including Metro, Mirror, Daily Star. Competition closes 24th December, to enter: https://www.kfc.co.uk/gravycard