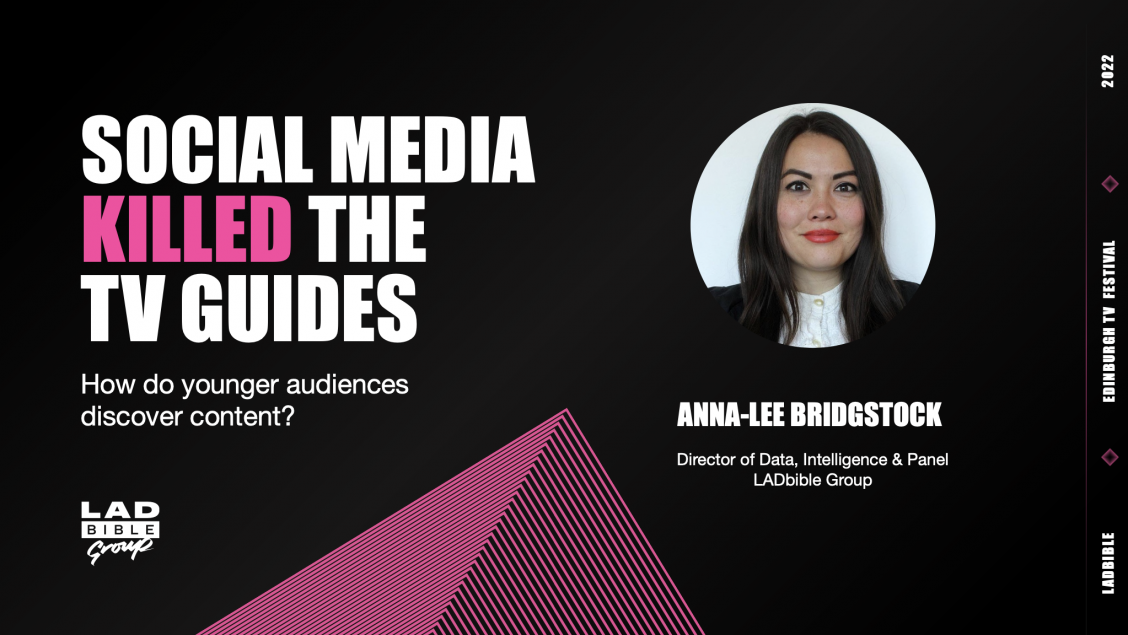 A new survey commissioned by leading publisher LADbible Group has revealed over half (56%) of 18-44 year olds in the UK – around 11.8 million people – currently use someone else’s login details to access a streaming service.

In a report that highlights the challenges that streaming services face to attract paying subscribers in the face of the growing cost of living crisis, the problem of streamers in convincing younger viewers to play for content in the future appears even bigger. Over 65% of Gen Z viewers (18 – 24 year olds) surveyed admit they use someone else’s streaming service login details and are the generation most likely to do so (2.4x more than 35 – 44 year olds).

Contrary to some recent surveys, watching any form of TV content (live/streamed – 44%) is considered second only to music (75%) in terms of most essential activities in the lives of 18 – 24 year olds,  followed by social media use (37%). 18-24 year olds surveyed spend an average of 2.9 hours per day watching some form of TV content with social media taking up 3.5 hours.

Nearly three quarters (74%) of 25-44 year olds do not feel the TV Licence fee represents good value for money – whilst 70% of Gen Z audience surveyed do not know, or cannot identify the correct price of a current regular UK TV licence.

Following its return to screens in February, the BBC’s youth-focused channel BBC Three has a long way to go in creating stand-out content for younger audiences as nearly two thirds (63%) were unable to name a show on the channel.

However, the BBC’s entertainment is the genre that those surveyed felt was most valuable to them – nearly double that of sports content – perhaps reflecting the scarcity of football in the corporation’s schedule. And news was the third most valued content genre, whilst 40% of 25-34 year olds cited Facebook as the place they get their news.

Another hot topic surveyed was the issue of Channel 4 privatisation and the understanding of the network’s ownership was very mixed. The majority of those surveyed claimed they don’t know who owns Channel 4 (37%). Only 13% identified that it is publicly owned by the government, whilst 29% believe it is privately owned, and the remaining 21% consider it part privately and publicly owned.

Anticipation is running equally high for the Autumn return of two blockbuster TV franchises to UK screens. ‘Game of Thrones: House of the Dragon’ (26%) and ‘Lord of the Rings: The Rings of Power’ (27%) are running nearly neck and neck as the most-anticipated new TV series, with the latter show just edging ahead with 18-24 year olds (25%) versus the Game of Thrones prequel (19%).

However the anticipation for the recently-announced return of classic reality show Big Brother perhaps surprisingly drops with older generations more familiar with it. Gen Z audiences are most looking forward to it (30%) whilst 25-34s (26%) and 35-44s (21%) seem less enamoured.

The survey also demonstrates the seemingly endless choice of where to watch content with 57% of 35-44 year-olds feeling overwhelmed by the number of streaming services and younger viewers also feeling the same (42% of 18-24 year olds and 55% of 24-34s).

And this overwhelming choice, along with the plethora of services available had led to many wasted hours searching for video content. In fact, the average UK adult spends over four days a year searching for what to watch.

Anna-Lee Bridgstock, Director of Data, Intelligence and Planning at LADbible Group said “Our survey produced a fascinating and sometimes surprising mix of results. We found reports the cite the end of young people’s interest in watching TV content to be exaggerated.  There is a huge appetite for content but the sheer amount of TV shows and number of services to watch them on is leading to a huge amount of time endlessly searching for what to watch. The cost of living crisis also poses a huge challenge for subscription services in convincing viewers to subscribe to paid for services and password sharing has become commonplace.”

Anna-Lee Bridgstock will be presenting further bespoke research into content discoverability on the ‘Digital Media Killed the TV Guide’ panel at the Edinburgh TV Festival on Wednesday 24th August. The panel also features executives from ITV, TikTok, Meta and UKTV and will discuss how viewers with an overwhelming wealth of choice navigate a multitude of platforms to discover what they love when the traditional means of content discovery are becoming outdated.

About the LADbible Group TV Report

Base: 18-54, n=4458 weighted to Nat Rep, August 2022. The LADbible Group TV Report was compiled via a series of studies of over 4,000 UK adults, comprising 3186 18-34 nationally representative respondents from the LADnation research community, and 1272 18-54 year olds via an independent study by ResearchBods to independently verify findings and compare with a wider audience range. 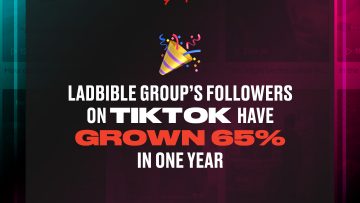 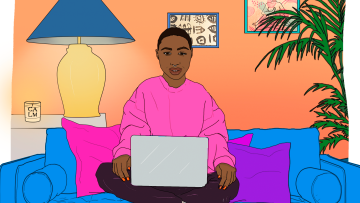 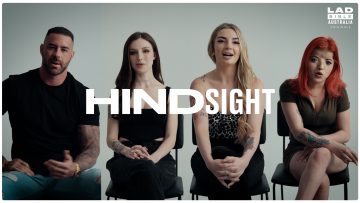